The MSU Vietnam Group Archive includes roughly 80,000 pages of digitized documents, maps, and images. Most of these materials date from 1955-1962, when Michigan State University led a range of US-funded technical assistance programs in South Vietnam for the purpose of producing a stable non-Communist ally in Southeast Asia.

These materials contain rare and valuable information about politics, economy, and society in South Vietnam during the critical decade from the country's formation in 1954 to the intensification of the Vietnam War in the mid-1960s. During this time, MSU-led programs in rural development generated significant information about land tenure, crop yields, and market structures in South Vietnam's rural areas. MSU's training programs for new political administrators produced hundreds of detailed biographical files on South Vietnamese political classes, with information about their geographic origins, socio-economic backgrounds, and educational histories.  MSU's police training programs generated detailed material about the structure and administration of the regime's security forces. Finally, MSU officials also produced a range of research studies and training manuals, as well as collecting a significant amount of local materials such as newspaper clippings, election posters, photographs, and many others.

The MSU Vietnam Group Archive will give students and scholars greater insight into the study of the social and economic history of Vietnam, the transition from colonial to post-colonial states and economies, American development programs in the Cold War era, and the transformation of American higher education in the mid-twentieth century. 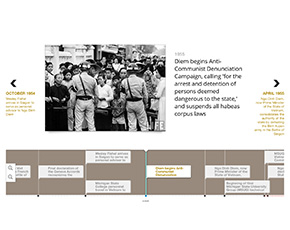 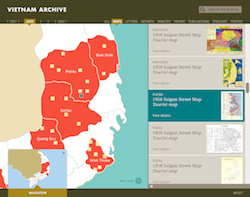